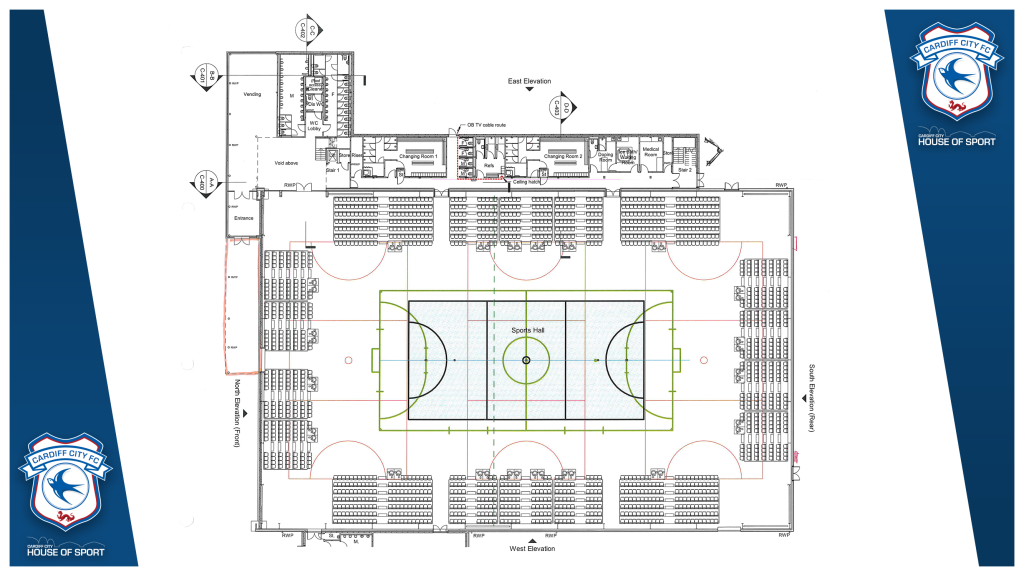 In partnership with Welsh Netball, the Football Association of Wales and Sport Wales, the redevelopment will see the installation of a brand new purpose-built elite level futsal and netball arena, with over 1,500 spectator seats and facilities for live television broadcasting. The day-to-day configuration of the venue will consist of three additional futsal and netball courts.

As part of the new extension, a new public entrance will be placed on the north side of the building. The interior of the ground floor will include two changing rooms, a referees changing room, an ice room, a doping room, male and female toilets, disabled toilets, a vending area and additional equipment stores.

Two rooms, which can be split into two smaller rooms, will be situated on the first floor for event hospitality and for the purpose of community and education programmes run by Cardiff City FC Foundation. Access to more seating in full view of the arena will also be available.

The roller rink will be upgraded and relocated to Ocean Park, alongside an additional skating and multi-sport facility.

A partial closure at the rear end of Clos Parc Morgannwg is currently in place as ground preparation works have begun to build an additional car park to facilitate sporting events.

Interior redevelopment work will begin in May 2020 and will be completed by September 2020.

More information will be available soon.