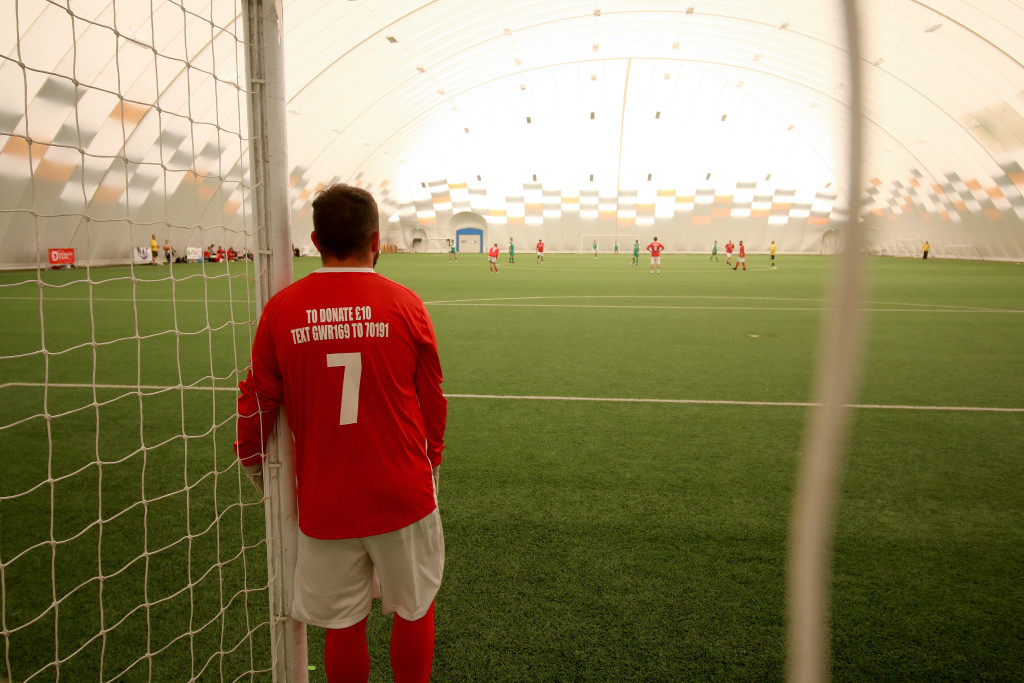 Charity group Kicking Off Against Cancer just beat the world record for the longest football match ever played – at Cardiff City House of Sport’s Air Dome!

Read the BBC News article below:

“A group of footballers have played for 169 hours – the equivalent of one week and one hour – in a bid to break the world record.

The teams were also playing to raise funds for the charity, Kicking off Against Cancer.

They had planned to play for 135 hours until a team in Germany broke the record of 108 hours by playing for 168 hours.

There were tears and cheers at the 19:00 BST final whistle, after the teams played continuously since 18:00 last Sunday.

Lucie Banks, a trustee at the charity, said she was “so proud” of the 33 players’ efforts and hoped it was enough to break the Guinness World Record, as expected.

Ms Banks said each hour played earned a team member a five minute break, which worked out as one hour in every 12.

“The players have gone through some really, really dark hours,” she said. “So part of it has been keeping a close eye and checking if they are ok.”

She said there were jubilant scenes at the final whistle, with some players seeing their families for the first time all week.

“The feeling is really incredible right now, but it wasn’t as good 12 hours ago.

“The final hour was crazy – they just seemed to get more energy.”

Many of the players will be heading to the pub to celebrate the epic match, but Ms Banks said most would only have one day off before returning to work on Tuesday.

One player said: “I wasn’t prepared for the emotional challenge. It’s so draining.

“Everyone has cried at some point during it, there’s been a lot of tears and emotional outbursts.”

Guinness World Records will take some time to verify whether the record has been broken.”

To find out more about Kicking Off Against Cancer, go to: